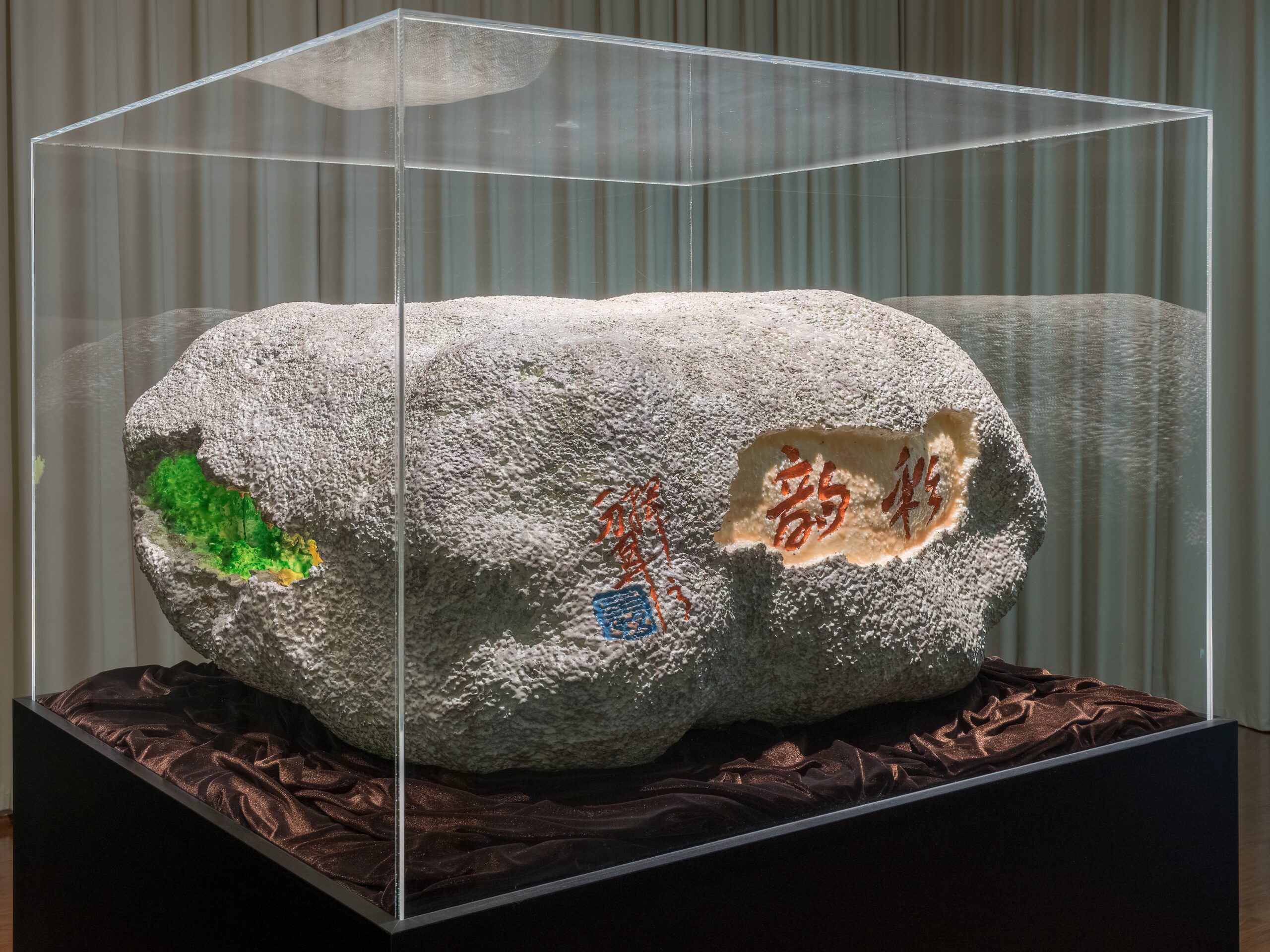 Back to All Exhibitions

Yun Sculpture is a new form of art that H.H. Dorje Chang Buddha III created for humanity. It has never appeared before in history. Since the advent of Yun sculptures, artwork that can never be duplicated has appeared for the first time in the human world. Yun sculptures have the following unique features:

First, Yun sculptures convey a sense of multidimensionality and are carved in extremely fine and complex detail, truly manifesting endless forms of variation.

Second, the colors of Yun sculptures are gorgeous, presenting a dreamlike and illusory scene not found in this world.

Third, many Yun sculptures have holy and inconceivably wondrous characteristics. For example, the Yun sculpture “Colorful Charm,” which is exhibited in the Holy Evidence Room of the Museum, is only two to three feet in size, with a marvelously beautiful external appearance. However, when looking through a hole in this sculpture to view its interior cave, there is a sense that this cave is extremely deep. The depth of this Yun sculpture seems to far exceed its actual size. To those looking inside the hole, the cave seems endlessly deep.

Many people have been astonished by the breathtaking beauty of Yun sculpture artwork created by H.H. Dorje Chang Buddha III. They spoke heartfelt words, such as, “This is a treasure sent to the human world from God,” “This is a holy object from a Buddha-land brought here by a Buddha,” “Its beauty captures people’s souls,” and “Since the appearance of Yun sculptures, earthly jewels are like stars surrounding a bright Moon, losing all their color and splendor.” This is indeed true. Some people brought the most exquisite jade and jewelry as well as splendid stone sculptures for comparison. All of those objects immediately lost their beauty and luster when compared with Yun sculptures. There is a world of difference between those objects and Yun sculptures. None of those objects can be regarded as being in the same category as Yun sculptures.

In summary, we can truthfully say without the slightest exaggeration that the type of artistic treasures publicly displayed at the H.H. Dorje Chang Buddha III Cultural and Art Museum can only be found at the International Art Museum of America. With that one exception, we can declare this fact: No art gallery or museum in the entire world has such wondrous and exquisite artwork in its collection. Moreover, no artist or expert can duplicate certain Yun sculptures. A reward of US$50,000,000 has been offered by an organization to anyone who can make an identical duplication of certain Yun sculptures!